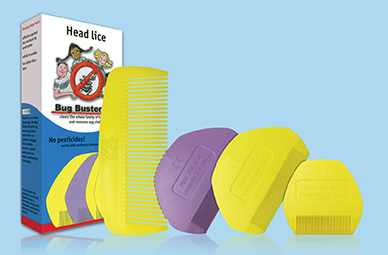 Our comments on the Cochrane review: Interventions for treating head lice

Community Hygiene Concern (CHC) has many years’ experience of working to solve the head louse problem, supporting parents to deal with treatment failures, re-infestation, confusion and frustration. The social stigma associated with head lice still persists and there is growing anxiety about the cost and health implications of repeated treatment applications.

As a public interest charity, we welcomed the announcement that the highly respected Cochrane Collaboration would review interventions for treating head lice. We had high expectations that full examination would be made of the best evidence available on the natural history of Pediculus capitis, the epidemiology of pediculosis capitis, the reliability of different detection methods, the validity of treatment instructions/claims and the sustainability of control strategies. We anticipated the resulting review would be helpful in providing support, an informed choice, and assist in the monitoring of outcomes.

CHC has studied the full Cochrane review, as published electronically (Dodd, 1999, 2001a) and an editorial based on its findings published in the BMJ (Dodd 2001b). We have been so disappointed that it is our intention to campaign for a new review. We find this body of work, which concentrates on the UK situation, is shallow, unbalanced, and comes to misleading conclusions.

There is a well-known paucity of randomised controlled trial evidence to support treatment protocols. In the circumstances, we expected that this review would carefully distinguish between speculation, expert opinion and proven fact, but its recommendations are based on a trial rejected as seriously flawed by an earlier systematic review (Vander Stichele et al, 1995). It omits key papers which provide evidence on the appropriate diagnostic techniques for different circumstances, and clinical evaluations of treatments which has led to a false conclusion that no insecticide has been shown to be more effective than another. In the case of the trial by Roberts et al (2000), Roberts himself has protested at the Cochrane misinterpretation of the trial results (bmj.electronic response, 2001). Moreover, Dodd does not call for implementation of the Medicine Control Agency ruling in February 2000 that ‘natural’ treatments must pass safety and efficacy licensing tests to trade legally.

Contrary to Cochrane principles there has been no consumer participation in this review and the review author declares a serious potential conflict of interest. In our view, it damages the gold standard reputation of the Cochrane reviews in general and should be withdrawn.

We feel that an independent, suitably qualified panel should undertake a new Cochrane review.

Today the head louse (Pediculus capitis) is the concern of every parent from the time the first child begins to attend nursery to the end of the last child’s primary schooling. P. capitis moves swiftly through the hair during head to head contact, so younger children are especially vulnerable and the whole family is at risk. Most cases are light (Mellanby,1942, Mumcuoglu et al, 1990) and not easily noticeable before the lice spread. This means recurring infestation is a significant problem during an outbreak (Ibarra,1989).

In developed countries, the social stigma associated with pediculosis persists, and the belief that modern science must have developed a quick cure is strong. Indeed, the mainstay of treatment for the last 40 years has been insecticide medication, but only four groups – organochlorines (DDT and lindane – no longer used in the UK), organophosphates (malathion), carbamates (carbaryl) and pyrethroids/pyrethins (permethrin, phenothrin and others) – are in common use. Lice inevitably develop resistance when subjected systematically to a particular insecticide and simultaneously become resistant to all the insecticides in the same group. Sometimes cross-resistance between groups also occurs.

In the UK, expenditure on licensed insecticide medication rose dramatically from £14 million in 1994/5 (Anon, 1995) to £29.7 million in 1997/8 (Purcell, 1998). Half the 1997/8 sum was spent by the NHS paying for approximately 6 million doses on free prescription. Another 4 million doses were bought at a higher price per product in pharmacies by the general public.

In a situation of high incidence, the responsibility for detection and treatment necessarily falls to parents with health professionals in a supporting role. Currently both are anxious about the cost and health implications of repeated applications of conventional insecticides and/or unlicensed ‘natural’ concoctions which abound. Whether the need to re-treat arises from product failure, insect resistance or reinfestation, this phenomenon causes the utmost confusion and frustration amongst parents, and the health and education services.

Set against this background, Community Hygiene Concern (CHC) welcomed the announcement that the highly respected Cochrane Collaboration would review interventions for treating head lice. CHC is a not-for-profit voluntary organisation which has worked to help solve the head louse problem since 1988. We developed the Bug Busting (wet combing) approach, initially for detection. This method uses modern shampoo and conditioner to temporarily immobilise lice and make the hair manageable while the lice are comfortably removed with a specially designed fine-tooth comb. A working knowledge enables a parent to reliably diagnose active infestation when the level is low and to assess treatment efficacy. Over the years, experience has taught us that methodical Bug Busting can effect a mechanical cure (Ibarra and Hall, 1996). The UK Department of Health progressively adopted our stance on detection, post-treatment checking and has suggested Bug Busting as an alternative to medicated treatment since 1996. The re-usable family Bug Buster Kit produced by CHC serves for both detection and treatment.

Both CHC and the Cochrane Collaboration consider that policy decisions should be based on sound scientific evidence. However, for head lice there is a recognised paucity of randomised controlled trial (RCT) evidence to support treatment protocols. The first systematic review (Vander Stichele et al,1995) rejected all but 7 trials on the grounds of poor methodological quality. Any meaningful review has no option but to set standards based on consistent evidence from a variety of sources, carefully distinguishing between speculation, expert opinion and proven fact. In the circumstances, we expected that the review would examine the best evidence available on:

We anticipated the resulting review would be helpful in providing support, an informed choice, and assist in the monitoring of outcomes.

CHC has studied the full Cochrane review, as published electronically (Dodd, 1999, 2001a) and an editorial based on its findings published in the BMJ (Dodd, 2001b).

Disappointingly, we find this body of work, which concentrates on the UK situation, is shallow, unbalanced, and comes to misleading conclusions.

1 This review accepts, with no adequate explanation, the RCT conducted by Burgess et al. (1994) which was rejected by Vander Stichele et al. (1995) as seriously flawed.

2 The clinical evaluations by Downs et al.(1998, 1999) made in Bath and Bristol are completely omitted from this review. These show an 87% failure rate for pyrethroids and a 64% failure rate for malathion. The lapse leads Dodd to the false conclusion that no insecticide has been shown to be more effective than another.

3 In 1999, the Bug Busting method is inaccurately described and dismissed as “unfeasible” for treatment in advance of the publication of RCT evidence. No consideration is given to its value as a detection method. In 2001, no change has been made inspite of publication in the interim of a review calling for the standardization of detection methods for diagnosis and epidemiological purposes (Figueroa, 2000), a pilot trial which provides evidence on the appropriate diagnostic techniques for different circumstances (Bingham et al, 2000) and an observational study (De Maeseneer et al, 2000).

In 2001, Dodd includes a RCT conducted by Roberts et al. (2000) in North Wales comparing Bug Busting (using the first, more laborious Bug Buster comb) with two applications of malathion a week apart which recorded a 38% and 78% success rate respectively, but inaccurately reports that it found that Bug Busting is ineffective as a curative measure. Roberts himself has protested at the misinterpretation (bmj.electronic response, 2001).

Correspondence about the trial has been ignored, but these letters raise many important points relevant to the sensible use of resources, including:

4 Review of key materials that influence parental choice has been omitted. This divorces the review from reality. There is no acknowledgement that pharmaceutical companies advertise and market to the general public their pyrethroid preparations, claiming instant success – 10 minutes for permethrin (Warner Lambert, 2000) and 30 minutes for phenothrin (SSL International, 2000) – and all their products, with the exception of shampoo formulations, state that a single application kills not only lice but their eggs.

5 Dodd fails to offer guidance to the licensing authorities to prevent history from repeating itself. It was clear when resistance was demonstrated to the first generation of modern insecticides, DDT and lindane, (Maunder,1971) that provision should be made in the licences of new compounds for the inevitable development of resistance. The point was not taken up when malathion, carbaryl or the pyrethroids were launched and we are suffering the consequences now.

This review ignores work on a likely new insecticide for head lice, imidocloprid, (Downs et al, 2000a) belonging to the neonicotinoid group. These compounds are predicted to have only 5 years useful life (Hill, 2001).

Dodd does not call for implementation of the Medicine Control Agency ruling in February 2000 that ‘natural’ treatments must pass safety and efficacy licensing tests to trade legally.

Contrary to Cochrane principles there has been no consumer participation in this review. If CHC had been consulted, we would have suggested that a main objective should be determination of licensing regulations that protect a vulnerable public from expensive, ineffective and possibly unsafe products.

We do not find that this review provides reliable information to those who manage head infestation in the UK and it hardly addresses the situation elswhere. In our view it damages the gold standard reputation of the Cochrane reviews in general and should be withdrawn. We recommend a new Cochrane review should be undertaken by an independent, suitably qualified panel.

Department of Health. The Detection and Treatment of Head Lice. 1996, London: DOH

Department of Health. The Detection and Treatment of Head Lice. 2000, London: DOH

SSL International. You can’t always stop children getting head lice. You can mousse them away with an easy 30 minute treatment – Full Marks. Advertisement in Good Housekeeping 2000; Oct

Warner Lambert. Without Lyclear, head lice could have blown out the party – treats head lice in just 10 minutes. Advertisement in Family Circle 2000; June[/vc_column_text][/vc_column][/vc_row]

Any cookies that may not be particularly necessary for the website to function and is used specifically to collect user personal data via analytics, ads, other embedded contents are termed as non-necessary cookies. It is mandatory to procure user consent prior to running these cookies on your website.